In the past few chapters, we’ve covered a lot of what you need to know about identifying the celebrity you want for your event (and their agent), the negotiation process, budgeting for the celebrity to attend your event, and the different types of agreements you can establish with celebrities. And hopefully with the help of this guide, you’re better-prepared than ever to find and book the celebrity of your choice for your next event.

But while having all this information is vital to the success of your event, there’s also one component that can be a huge source of confusion if you’re not prepared for it: the celebrity booking agreement. So in this section, we’re going to break down the common components of a celebrity booking agreement, what they mean, and why they’re important. We’ll also take a look at another common document: the contract rider. The rider is essentially a supplement to the main contract that outlines everything the celebrity wants (but doesn’t fit in the main contract).

First, let’s take a high-level view of the booking agreement. 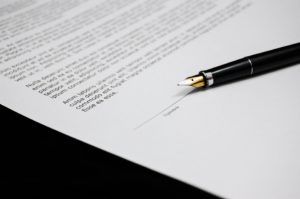 The purpose of the celebrity booking agreement is to outline the terms of the event and create an agreed-upon set of rules about the event. As you’ll see in the next sections, some of the rules are for the benefit and protection of the celebrity, while others are to protect you. Usually with these kinds of agreements, however, it’s not uncommon for the contract to be more favorable to the celebrity; after all, you need them for the event, not the other way around.

So what are the common sections and clauses of a celebrity booking agreement?

In a lot of cases, celebrity booking agreements contain clauses that are called “boilerplate”; that is, they don’t vary from contract to contract, and unless you’ve specifically discussed changes to them with the celebrity’s agent prior to the contract stage, there’s usually not much flexibility.

The Reproduction of Performance clause is one such example; essentially, it forbids anybody (either you or a third party) from recording the celebrity’s appearance for the purposes of selling the video later. And it makes sense from a celebrity’s perspective: in order to protect their brand and maximize their earning potential, they need to be able to control any materials that use their image (which is where the Controlling Authority clause usually comes in). 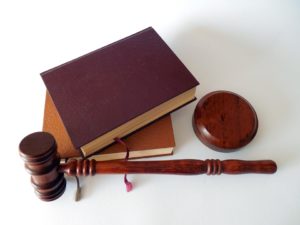 As with any boilerplate language in a contract, it is possible to negotiate on this point, but it would typically involve the celebrity getting a percentage of the money you make from selling the recording of their appearance (and would still require their approval before you release the recording).

This section does two things: first, it authorizes the celebrity to sell their merchandise at the event. And second, this clause also prohibits you or any third party from selling merchandise. As with the Reproduction of Performance clause, the Merchandise clause is centered around the idea that you shouldn’t be profiting off of the celebrity’s brand; at least, not without giving them a cut.

If you’re holding a private  event and or just don’t want anyone (either you or the celebrity) to sell merchandise, it’s usually not an issue to have this section removed. But if that’s the case, you’ll want to note that during the negotiation phase; if the celebrity can’t make extra money from merchandise during the event, their agent might want to increase the appearance fee to compensate.

This is a largely minor clause, but it’s still important that we discuss it. In a nutshell, this clause just means you and the celebrity both agree that neither of you works for the other as an employee for this event- the celebrity is an independent contractor for the event, and so are you. It’s largely done for insurance purposes; that way, if either party is injured, for example, the other party can’t be held responsible for paying their hospital bills. 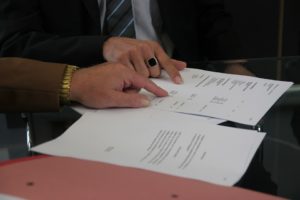 Similar to the Independent Contractor clause, the Indemnification clause states that you won’t sue the celebrity for things like personal injury (either yours or one of the event’s guests) or damages (if guests at the event trash the venue). More than anything, these clauses exist to protect the celebrity.

Security and Insurance/Limitation of Liability

Like the Independent Contractor and Indemnification clauses, the Security and Insurance and Limitation of Liability clauses exist to protect the celebrity; however, they also protect you. The Security and Insurance clause essentially states that you have to have adequate security at the event to protect the celebrity, and that you also have liability insurance (usually a minimum of $1 million) so that if anything happens to the celebrity, they’ll be able to collect from your insurance company.

The Limitation of Liability clause is more for the celebrity’s benefit; in most contracts, the clause basically limits the amount they can owe you to whatever you’d already paid them. So let’s say you have an event and guests trash the venue. If you can’t prove the celebrity had anything to do with it, they would be covered by the Indemnification clause we discussed before. But if you can prove that the guests trashed the venue because the celebrity told them to do it, you can hold the celebrity liable. Again, however, you would only be able to get back whatever you paid for the celebrity to attend the event in the first place.

These clauses are put in place to outline how any disputes regarding the contract after it’s been signed will be handled. So, for example, if the Dispute Resolution clause says that the courts in the state of the event will have the final say in any disputes, by signing you’re agreeing to those terms. What’s more, if the court in your state rules against you, you’re forfeiting any alternatives (like mediation). 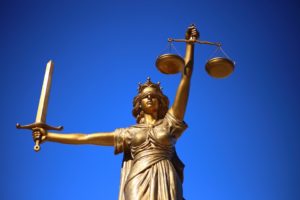 By the same token, the Conflict of Laws clause basically means that if anything in the contract is unenforceable by law (in whatever city, state or country the clause specifies), neither you or the celebrity are expected to break the law in order to fulfill the terms of the contract. For example, if the celebrity has a huge teen following and wants you to serve alcohol to people under 21 (their fans) at the event, you don’t have to do it.

This one is pretty simple- basically, it says that you can’t transfer the agreement to someone else. So if you had a signed contract with Celebrity A and they dropped out the day before, you couldn’t bring in Celebrity B under the same terms. By the same token, Promoter A can’t suddenly tell the artist, “Promoter B is going to handle this booking instead” and expect the contract to hold up. In either case, if the people playing the roles of promoter (known as the “Purchaser”) or celebrity change, a new contract must be signed.

In most booking agreements, Termination, Cancellation and Force Majeure are three separate clauses, but for your purposes, they all mean the same thing.

The Termination clause gives the celebrity the right to terminate the agreement if you (the promoter) fail to uphold your end of the bargain. So, for example, if you agreed not to use the celebrity’s likeness in any promotional materials, and their agent finds flyers advertising the event with their client’s face on them, they have the right to terminate the contract. And again, since the boilerplate language is usually in favor of the celebrity, not only could they terminate the contract, but you would still have to pay them- even if they don’t attend the event. 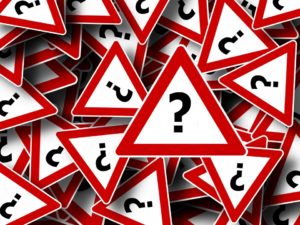 The Force Majeure clause also works in the other direction. Let’s say the celebrity is ready to attend the event, but an earthquake hits and the event has to be cancelled. The celebrity wouldn’t be allowed to sue you for their full fee, because you couldn’t have reasonably anticipated that was going to happen. 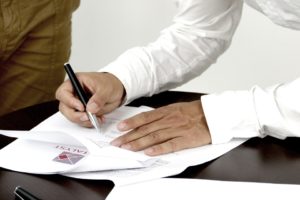 But what if the contract is too heavily weighted in favor of the celebrity? That’s where a crucial part of the contract process comes into play: redlining.

Redlining basically means going through the clauses one by one and, if there are any changes you want to make, you note them on the contract. Think of it like a mini-negotiation process: the celebrity’s agent wants a clause that overwhelmingly favors their client, you want a clause that overwhelmingly favors you. In the redlining process, both parties propose changes to the language; the contract usually goes back and forth a few times before each side is happy that they’re not getting the short end of the stick.

So if you book a celebrity for an event and their agent sends you a contract that seems unfair, try not to worry too much- the agent expects you to want to make some changes, so feel free to suggest edits that make the agreement more evenhanded. 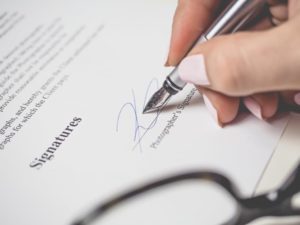 While specific contracts will vary depending on the celebrity, what you’re asking them to do, and what kind of event it is, these main points are definitely ones you need to know beforehand. We also covered riders a little bit before, but as a warning, you usually won’t have as much freedom to redline a rider as you would a standard agreement. This is because while the main agreement is standard boilerplate language, the rider is specific to the celebrity, which means the things outlined in the rider aren’t as up for negotiation- they’re in the rider for a reason.

Now that we’ve covered the contract phase, you have all the information you need to successfully run your own event. Best of all, because this process is pretty standard across the industry, you’ll be able to apply this information time and again. And with that in mind, in our final chapter, we’re going to take a look at a longer-term goal: how to start a celebrity booking agency.

This eBook is free to read online, and we’re offering it free as a download if you subscribe to the awesome content we provide every week.